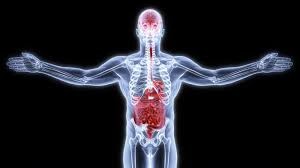 David Wiss MS RDN has been obsessed with the microorganisms for the past year. Is it possible they could be the second brain? He has had so many burning questions as a registered dietitian nutritionist working with addictions and eating disorders. These include:

Is it lack of willpower? Food addiction? Restrained eating and dieting? In search for answers to the questions, Mr. Wiss has had to investigate the new insights into the gut microbiota and behavioral health.

Gut microbiota can have a significant impact on disease development, brain health, attenuation, memory, and learning (Matsumoto et al., 2013). Dysbiosis of the gut is associated with a reduction in the diversity of the microorganisms, whereas healthy guts have higher diversity (Belizario & Napolitano, 2015). Highly diverse microbial communities are more likely to expend energy and resources in competition whereas less diverse microbial communities have more resources for host manipulation (Alcock, Maley, & Aktipis, 2014). So how does the gut microbiota impact human behavior? Is it possible that they have much more influence than we ever imagine?
In 2014 Alcock and colleagues stated:
“We hypothesize that there has been a genomic arms race in which microbes have evolved genes to manipulate their hosts (particularly analogs of human signaling molecules such as neuropeptides and hormones) and corresponding host genes have evolved to prevent that manipulation where it conflicts with the host’s future interests.”
Authors proposed that gastrointestinal microbes could generate cravings for foods they specialize on, induce dysphoria until the host eats foods that enhance their fitness, acting as “microscopic puppetmasters.” Diagram from their publication below: 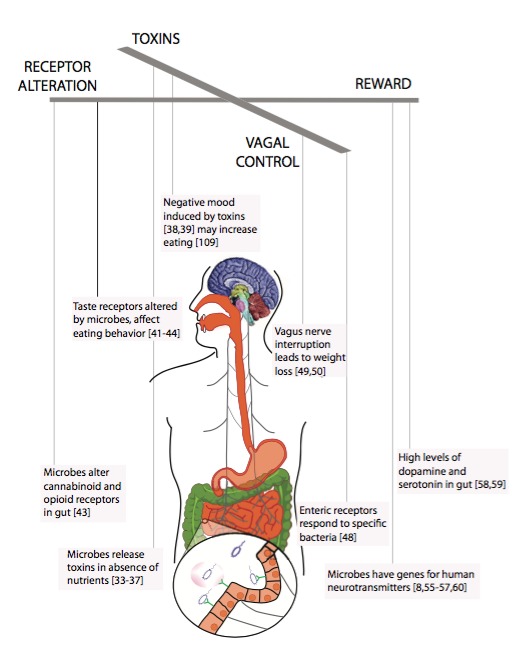 This information blew David’s mind and led him to researching this fascinating topic in great detail.
In April 2016 Mr. Wiss recorded a webinar with the Los Angeles District of the California Academy of Nutrition and Dietetics that can be viewed HERE
You can get your microbiome analyzed at uBiome. For a 10% discount click HERE