As a nutrition and dietetics student I developed an interest in the field of behavioral health nutrition. The idea that nutritional deficiencies or a variety of medical disorders could produce symptoms that mimicked psychiatric abnormalities [1] resonated with me early in my academic exploratations. The links between nutrition and mental health appeared to be a promising new area of investigation. In the past decade, research on the gut microbiome has documented compelling evidence that the bacteria flora in our intestines have a direct link to our brain and that these pathways are bidirectional [2]. As a registered dietitian nutritionist (RDN) working with patients with co-existing mental health conditions, I have observed an association between diet and depression. Practice experience has shown that dietary improvement can reduce some depressive symptoms [3]. Given that mental illness is a major public health problem, an emerging field known as nutritional psychiatry has received increased attention [4].
There are established links between depression and chronic diseases such as obesity [5], metabolic syndrome [6], and type 2 diabetes [7]. There are also associations between depressive symptoms and inflammatory bowel disease [8], as well as disordered eating [9]. Recent evidence suggests that altering the composition of the gut microbiome can lead to depressive-like behavior in animal models [10]. Because the human microbiome is highly influenced by foods that we eat, there may be an opportunity to improve depressive-like symptoms through dietary interventions. Randomized controlled human trials have shown that nutrition interventions can provide alternative or adjunct treatment for depression in common conditions such as obesity and type 2 diabetes [11]. The most common dietary recommendation is a Mediterranean-style diet with early trials showing a reduction in depressive symptoms [12,13]. Given the likelihood that nutrition can improve some depression-related symptoms, targeted dietary interventions should be considered a public health priority.
References 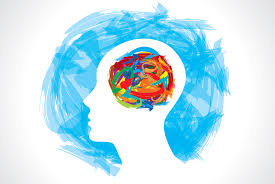