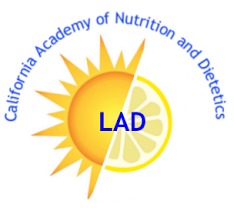 For many years, the Los Angeles District (LAD) of the California Academy of Nutrition and Dietetics (CAND) internally debated corporate sponsorship. Some members of LAD believed we should accept funding from whatever sponsors approached us, while others advocated for a more selective approach when it came to partnerships. This resulted in annual debates, votes, and substantive dialogue.
When Dietitians for Professional Integrity (DFPI) was formed in 2013, two founding DFPI members presented at an LAD Executive Board meeting, highlighting conflicts of interest within the Academy of Nutrition and Dietetics and explaining the need for greater financial transparency and ethical sponsorships with the Academy. The message was clear: if we are more rigorous about our standards for corporate sponsorship, we can improve the public’s perception of the RDN and advance the dietetic profession and credential. This led to a short series of videos where LAD members spoke up on this issue of corporate sponsorship and educated other members of LAD about the role of front groups in the food industry.
Meanwhile, the annual meeting of the California Academy of Nutrition and Dietetics received less-than-flattering coverage from Mother Jones about its McDonald’s “gold sponsorship.” DFPI core group member David Wiss MS RDN attended part of this conference and reported on the conflicts of interest and industry bias he encountered.
In 2014 the LAD Executive Board voted to put all sponsorship on hold for the 2014-2015 year. In lieu of accepting any money from food companies, LAD decided to raise its dues by $5. A very interesting thing happened: membership increased from the previous year. LAD dietitians were proud to be members of a progressive organization that was willing to take a stand on an important issue. LAD decided it would spend a year developing sponsorship guidelines with a standardized vetting and voting process. LAD used DFPI’s Sponsorship Rubric as a guide to creating its own internal rubric that allows its members to evaluate their personal (and anonymous) agreement with a potential sponsor company’s nutrition and ingredients, labor issues, environmental impact, and social responsibility.
After one year without corporate sponsorship, LAD was approached by Zevia. LAD Sponsorship Chair David Wiss MS RDN researched the company and generated a report for members of LAD to use for the vetting and voting process. A majority approval was reached on at least 75% of the established criteria items, making Zevia LAD’s first official sponsor to pass through the vetting and voting process. The sponsorship agreement ensures that LAD maintains editorial control of all content in materials bearing the LAD name, and that there is clear separation of LAD messages and content from brand information or promotion.
Additionally, The California Academy of Nutrition and Dietetics has also started developing more stringent guidelines for sponsorship. The gold sponsor at the 2016 annual meeting is now the Lentil Board. California Almonds are a silver sponsor, and Sun-Maid raisins are a bronze sponsor. For a full list of sponsors please see here.
There is still much work to be done at the national level, but Los Angeles and California are proof that change can happen in a way that is constructive and substantial.
See the original post on Facebook here. 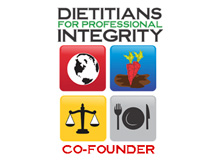